First day in the mountains.
Just spectacular.
Pila in the Aosta Valley.

OK.
Footy season is back.
Great news.
It’s not just the footy we love, but the players haircuts.
I’m married to a Richmond supporter (yes, it’s hard) and after last night’s game, I can see that I am going to love Ivan Maric as he singlehandedly brings the mullet back.
The countdown is on till we see these back on the street.

I’m obviously not the first person to notice this. The Ivan Maric Mullet already has it’s own facebook page.

Please, delight me with who you think has the worst haircut in your personal football league!

There are still plenty of figs to be had in the suburban alleys of Melbourne.
We set out with our little bag and yum presto.

Ravishing Retro has a post on vintage store in Glebe in Sydney that has an apartment in it that you can stay in. All kitted out in vintage furniture and deco.
It looks amazing- if I were travelling to Sydney, this would make the trip so! fabulous! Take a look!

This afternoon, I took a pleasant post-uni stroll and wandered into “Junktique”, a vintage emporium of furniture, bric-à-brac and the like down Glebe Pt Road. I made plenty of wonderful (albeit expensive) discoveries in Junktique, but one was particularly revolutionary: a short lease rental apartment IN the emporium. Wild!

I’m not exactly in need of accommodation right now, but oh, how I wish I was. Not only is the apartment IN a vintage store (helloooo, ultimate dream), but it’s also entirely fitted out in vintage furniture and wonderful kitsch decor from the Junktique emporium. Here are some photos – try to remain calm. The little area of Junktique that leads into The Glorious Vintage Apartment. The living room: oh, the kitch-y pictures – they’re too much.

The kitchen: try not to freak out.

Bedroom #2: if only there were words enough to profess my…

(A catch up post from last week- sorry- had to download the pics…)
When I was a student and relatively new to Sydney, I fell in love with the Strand Arcade.
The architecture, the quirky stores and in particular a tea room on the ground floor that served delicious coffee and the definitive cherry and cheese strudel.
The tea rooms are gone now, which is very sad, but I still like to go back there and enjoy the light and the space and the vibe.

This time, I found it as charming as ever.
BYO cherry cheese strudel.

From the vintage jewellery store (yes, I really like old jewellery) to the hidden change rooms at the Fleur Wood store. Those bookshelves? They hide the charming change rooms. Very sweet.

Do you have any old haunts that constantly draw you back?

The first rule of Bake Club is we don’t talk about Bake Club.
But I’m all about breaking rules.
Not only am I going to talk about it, I’m going to share the recipe of today’s Bake Club delight.
Even though technically, it wasn’t even baked!

At our office, a bunch of us gals have got together and created Bake Club. Once a fortnight, one of us bakes and everyone is invited. Thursdays at 3pm. Though today we were one day late.

Today one of the gals made rocky road. It was delicious and she swears it was deadset easy. Here’s the recipe for the white one, which I particularly loved!

Give it a try!

Line a tin with a freezer bag or tin foil.

Chop marshmallows and cherries into quarters.

Spread about one third of the melted chocolate over the base of the lined tin.

Top chocolate layer with half the marshmallows, cherries and nuts.

Spread with half the remaining chocolate and top with remaining marshmallows, cherries and nuts.

Spread the rest of the chocolate on top and refrigerate until set- ideally overnight.

Remove the lining and enjoy.

For the milk chocolate one she used broken choc ripple biscuits, marshmallows, raspberries and a few cherries nom nom nom. It was also delicious!

Travelling days are a great opportunity to relax for the day, get a bit of reading done and recover from sensory overload. I picked this book up at Orly airport on the way to Berlin and read it over the course of a couple of flights.
It sounded promising, it was shortlisted for the Man Booker Prize 2011 and the cover has recommendations from the Guardian and Emma Donoghue. But to be honest, I was a little disappointed by this book- though it was an easy and enjoyable read.
It’s the story of 11 year-old Harrison Opoku, newly arrived in an English public housing estate from Ghana. And it is told in Harrison’s voice. He is an endearing character, an innocent surrounded by evil and danger. The book is funny in parts, as Harrison relates the world just as he sees it. But the pervading feeling of the novel is ominous, opening as it does at the scene of a murder- the murder of a “half friend” of Harri.
Kelman is keen for us to have a sense of how social injustice impacts even the strongest family, as Harri’s sister and mother find themselves increasingly compromised and out of control. The pervading sense of menace throughout the book is very strong and compels you forward through the novel.
Just a bit disappointed, but 3 stars all the same.

Time to get back to catching up on all my trip posts. It’s like a time machine!

Winter is a great time to visit Florence.
There are no queues to get in to see David and the Uffizzi.
And they are brilliant!
But since you can’t photograph in those galleries, here are some of the other jewels of Florence.

The Ponte Vecchio is lined with jewellery stores. My favourites were a couple that had lots of antique jewellery. Beautiful. 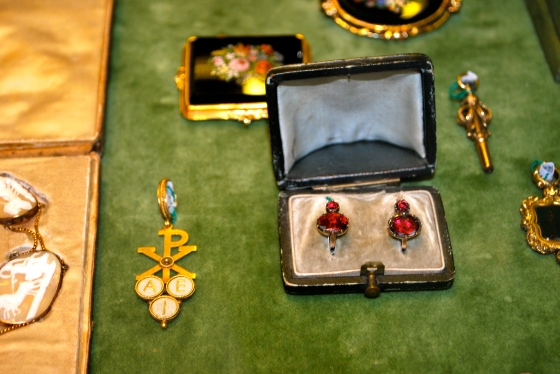 The culinary jewel of Florence is their famous bistecca. It is a steak from the Chianina cow, a very old breed from Tuscany. And it is enormous.
Someone recommended Buca Lapi and we loved the experience- incredibly charming waiters, brilliant food and a lovely ambience. 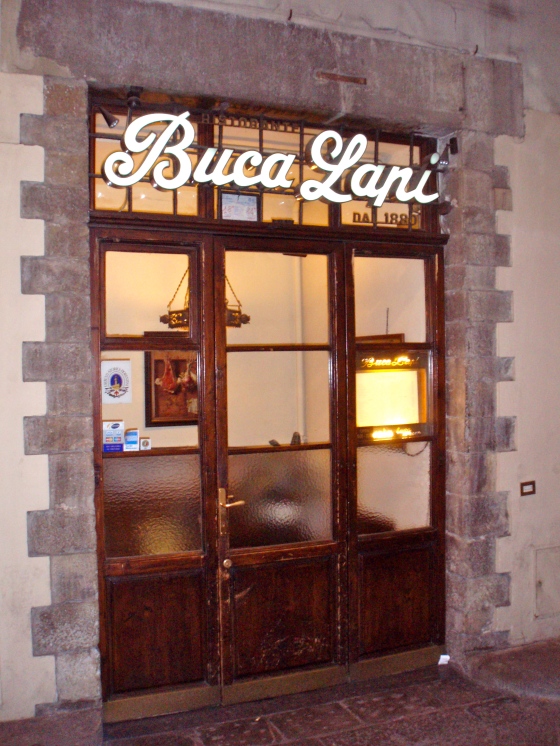 There were also a couple of sweet things in antique stores we loved. This little puppet show and a sweet postcard. 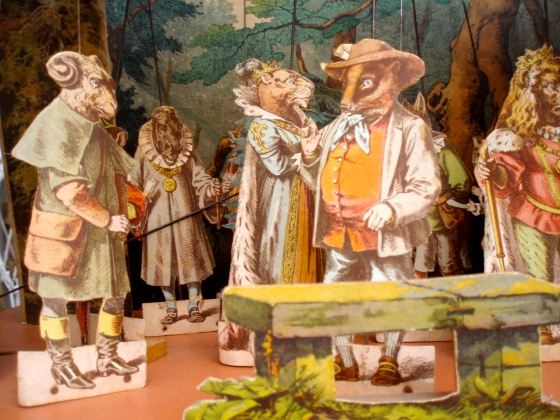 Time for all the winter veges to go in.
We turned over the beds, fed them with some compost and chook poo and mulched it all.
A bunch of seeds have gone in. Now to wait for the little shoots to pop their heads up.

I am a Johnny-come-lately to the The Hunger Games franchise, so the wait for the movie has not been as long as for some other people- in fact only a couple of weeks.  But I’ve been looking forward to seeing Katniss brought to life on the big screen very much, and would have been devastated by a dud version.

The casting, the story adaptation, the visualisation- all perfect in my opinion.

The casting of Jennifer Laurence as Katniss is brilliant, she has the perfect mix of strength and fragility, beauty and muscle to personify the empathetic, brave and strong character.

Josh Hutcherson as Peeta Mellark is great too- in his first scene at the reaping he seems incredibly small and boy-like, but grows into his destiny with the character beautifully.

Woody Harrelson (Haymitch) and Lenny Kravitz (Cinna) bring the smaller roles to life with great depth and in Harrelson’s case, the right mix of wisdom and humour.  Lenny’s gold eyeshadow is bound to take off as a trend- not many men can wear eyeshadow, but wow, can Lenny pull it off!

The story adaptation incorporates a look from outside of Katniss’ perspective at the role of the game-makers and what is happening outside the arena- things that in the book Katniss can only guess at.  I felt this lent alot of depth to the story and really worked.  I’m sure though there will be plenty of people who disagree!

The costumes as well deserve a mention.  They take Katniss from ruffian tomboy to glamourous reality TV star quite seamlessly and believably.  The “Girl on Fire” outfit is amazing- I was wondering how they would bring that to life and I found it spectacular, as is the red dress Katniss wears to her first interview.

A couple of things I was happy the filmmakers left out. And I am grateful they did.  There is no hip and happening soundtrack, something that irritates me in alot of new movies where the music feels like bad merchandising. There isn’t much music in the film at all and what music there is, fits in neatly with the rest of the film.

The other omission is masses of special effects.  The film is quite naturalistic, with a focus on the human beings.  I liked that very much!

So those are my thoughts on the film particularly as a fan of the book.  Katniss is the absolute heroine of our time and I am so glad that girls and young women have a hero in a film who is beautiful, smart and strong, and not just beholden to some bloke to take care of her.

Five stars from me.

Would love to hear what everyone else is thinking about the film.  Do you love it as much as I did?